The old Cinnamon Rolls the Byrne cafeteria are were a favorite among students.  The original recipe was recovered by Dr. Keith Delahoussaye and shared online back in 1999, translated from the handwritten recipe from Mrs. Sara “Dodo” Dixon herself.

Portions in the recipe were reduced to make 1 batch (the original recipe would feed the entire school).  Also, some additional details (listed in italic text) were added by Dr. Keith Delahoussaye’s mother for clarity.

Beat 2 eggs in a mixing bowl — Pour the hot milk mixture over the beaten eggs. Cool to lukewarm, then stir in the yeast (mixture).

Sift about 8 cups of flour — measure about 6 cups back into the sifter and sift about half of it into the milk (mixture) and beat about a minute with an egg beaster or spoon.

Sift the rest of the flour into the dough and mix well.

Put dough onto wax paper that has flour on it and knead for about three minutes. Place the dough in a greased bowl

Melt 1/2 cup “oleo” in a small pan. Divide the dough in half and roll out one piece on floured wax paper with a rolling pin.

Roll up tightly and make slices with a sharp knife.

Place the rolls on lightly greased pans and cover (with wax paper).

Placing them closely together makes them rise “up”, more space lets them spread “out”.

(Don’t forget to time the other half of dough, allowing an hour to rise while the other is baking.

Also, pecans and/or raisins could be added at the same time as the cinnamon/sugar, and rolled in if desired.

They didn’t use coconut, pecans, or raisins at the school; they cost money!) 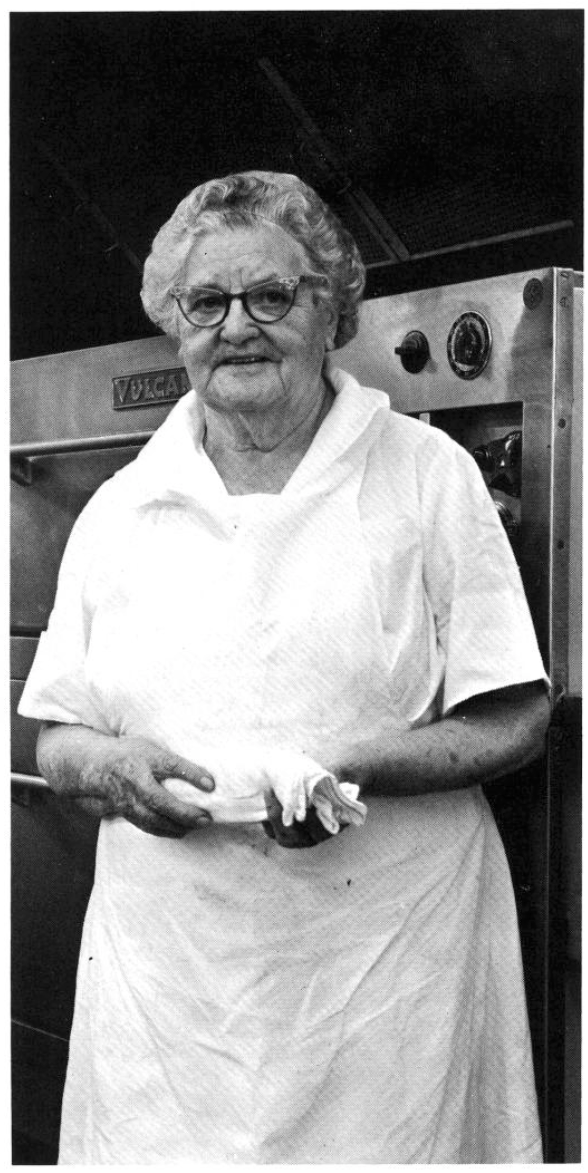 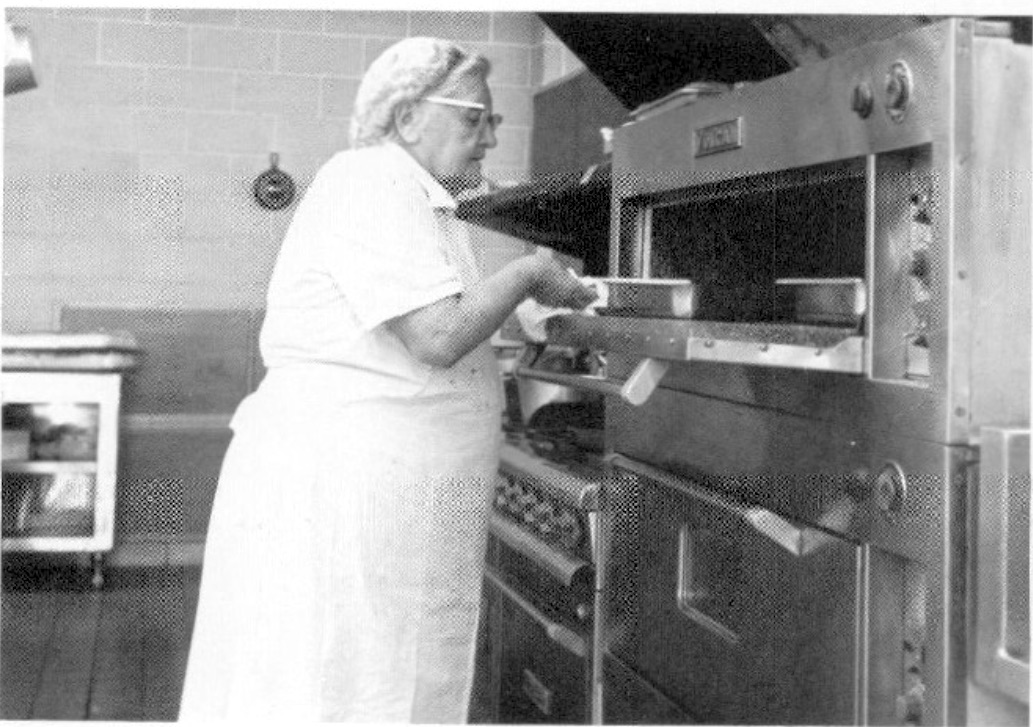 Memories and Comments for Mrs. Dixon

I AM MRS. DIXON’S GRANDDAUGHTER-IN-LAW MARRIED TO BUDDY MEVERS. THANKS SO MUCH FOR POSTING HER CINNAMON ROLL RECIPE, BECAUSE WE DIDN’T HAVE IT. SHE WOULD MAKE THEM SOMETIMES AND GIVE US SOME TO PUT IN THE FREEZER. I ALSO MISS HER DINNER ROLLS. YOU DON’T APPRECIATE THOSE THINGS UNTIL YOU DON’T HAVE IT. THANKS AGAIN!

Thank you so much for posting the cinnamon roll recipe. I am Mrs. Dixon’s great-granddaughter (Sarah Anne Mevers’ daughter). I can’t wait to see how close I can come to the original, probably not very. Thanks again so much.

I am also a granddaughter of Sarah Dixon (DoDo as we grandchildren called her). I am her youngest son Johnnie’s youngest daughter and I can not believe that after all these years I am going to get her recipe. One of my biggest regrets was not getting it from her before she passed away. She definately left a legacy, not to mention such a large family and I am thrilled to see my cousins and other family members on this web site. We have not seen each other in years. I am so glad I went to clean and decorate our church (St Mary’s in League City,Tx) today and met Patsy Fontenot and she told me about this web site. Thank you so much for allowing me to take a trip down memory lane and to say hello to all my other family members. Please e-mail me so we can catch up.

Thank you for the recipe, I am writing from Chicagoland area…. Miss Dixon’s was a great aunt to my husband Jim and second cousin to Buddy Meavers (Kathy emailed me). My children & I recall making these with her during visits to Texas but never had the recipe. Thanks again for sharing something that we all hold dear in memories we will treasure this.

Thanks for the recipe for cinnamon rolls!! I also remember the shrimp gumbo on fridays. That was the best I can ever remember having. 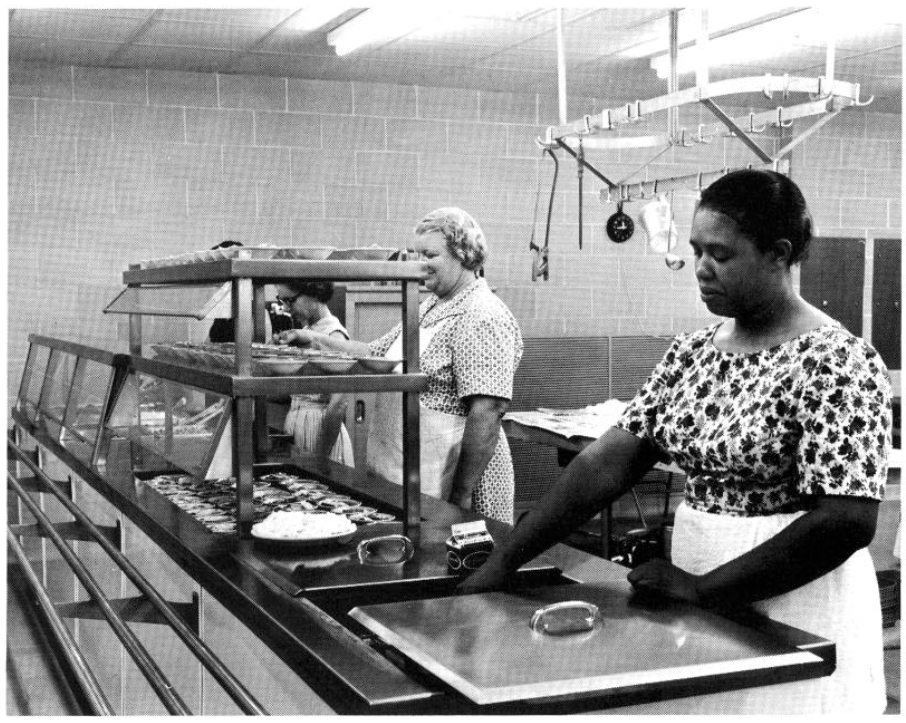 I am one of Mrs. Dixon’s great-granddaughter’s and the oldest daughter of Les (Buddy) Mevers, class of 1964. Thanks for printing the recipe for her cinnamon rolls. It is very much appreciated by the whole family. I can remember how my grandmother’s (Bernice Mevers) whole house smelled when they were baking those famous cinnamon rolls. Thanks again!

I remember Mrs Dixon’s marvelous Cinnamon Rolls. I have made some from another recipe but they were not as good. One little hint that I found works good, instead of a sharp knife, try using plain dental floss. It sounds crazy but works like a charm. I will also be sure to give this recipe to my mother, Agnes Courville, who worked in the cafeteria alot with Mrs Dixon and Mrs Mevers. Too bad we don’t have such good cooks as those two lovely ladies to cook for our kids in the schools now.

My grandmother Dodo made the greatest, most incredibly luxurious cinnamon rolls ever to pass over the tongue. My mother Susanne, her daughter, never tried to make them, even though she was every bit as good a cook as Dodo, in fact my mother’s gumbo would put others to shame, and mine ain’t too shabby either. I have never tried to make her cinnamon rolls because I always felt there was just something in her gentle hands that made the magic. It is nice to see some of my cousins and second and third cousins writing here.