Bishop Christopher E. Byrne was tall and regal in stance. Loved to be with people. He never forgot a name. Famous for his speaking ability, he guided the Galveston diocese through the Depression and World War II. He was bishop for 32 years.

A native of Byrnesville, Missouri, Bishop Byrne was ordained to the priesthood on September 23, 1891, after completing his studies at St. Mary Seminary in Baltimore, the country’s oldest seminary. Among his many duties and accomplishments were serving as pastor of Holy Name Church in St. Louis, builder of the first Romanesque church in St. Louis, diocesan director of the Holy Name Society and member of the Diocesan School Board.

In 1898, because of failing health, he took a leave and moved to San Antonio with its better climate. Later he returned to full parish life in St. Louis.

His appointment as Bishop of Galveston was made in 1918. He was consecrated on November 10, 1918, just one day before the Armistice ending World War I was signed. He arrived in Galveston to take over the diocese on Thanksgiving day.
The priorities of Bishop Byrne were clearly stated in his first sermon to his people. He said, “The Church must have native men and women to do her work, or she will be hopelessly outdistanced. This need of vocations among the youth of my diocese is to be my first priority. If Catholicism has not taken that deep hold on the people which will make them dedicate their young to God’s service, it cannot endure. By their fruits you shall know them. If Catholicism does not bear forth this fruit of vocations, then Catholicism is dead.”

In those days, the center of Catholic life in the diocese was still Galveston. Bishop Byrne resided there his entire term in office. In fact, it was in 1923 when he bought the “Bishop’s Palace.”

Clerical decorum was a priority with him. He was famous for dressing in a Prince Albert coat, and he insisted that the priests always be formally dressed.

Bishop Byrne died of a sudden heart attack on April 1, 1950. Because it was Holy Week, few bishops were able to attend his funeral. His wish to be buried in Calvary Cemetery on the west end of Galveston was carried out, and he was placed there in the midst of his priests.

The School was closed due to low enrollment and funds. The last graduating class was in 1983. 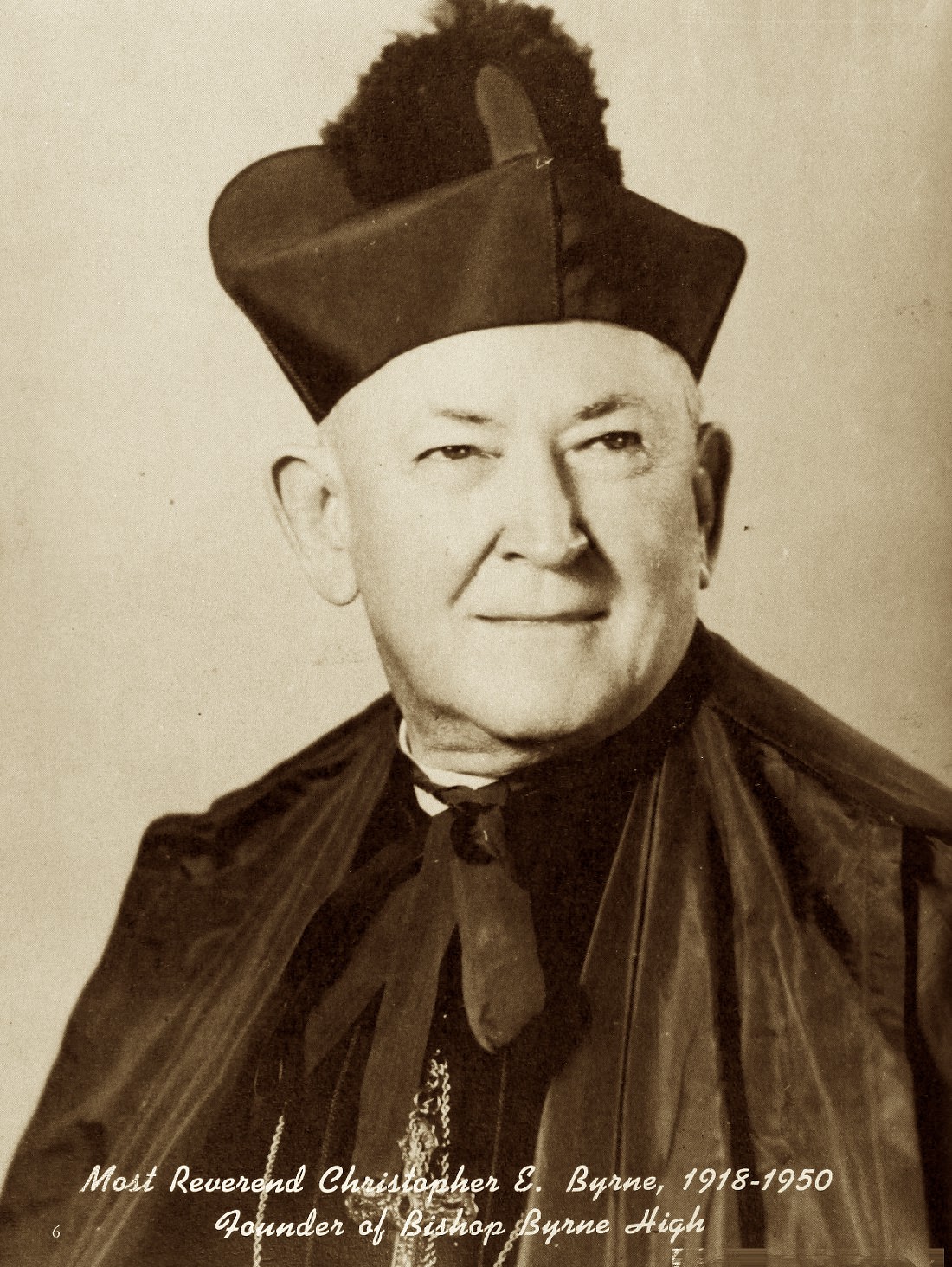 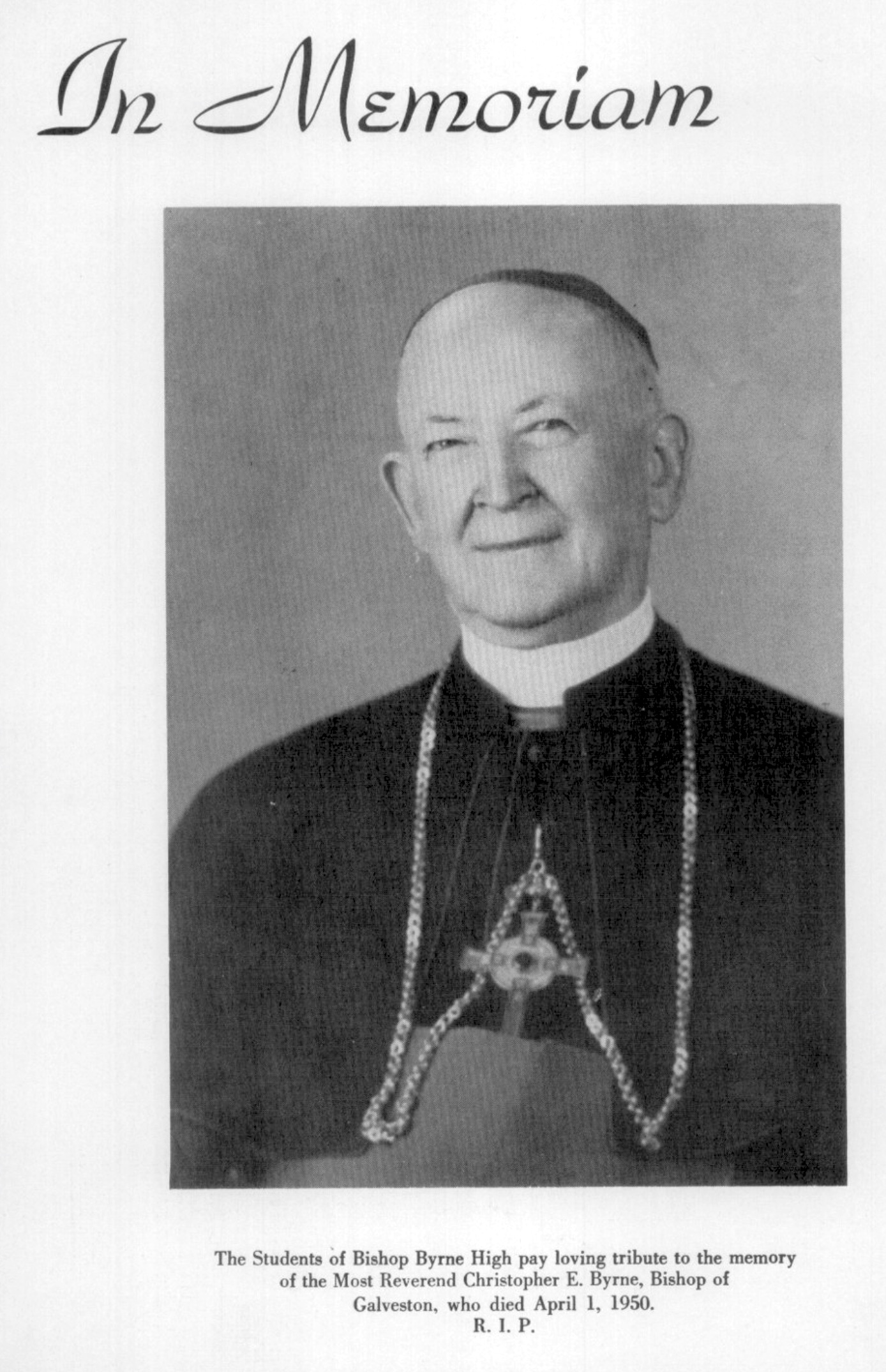